It’s the end of the year, which means resolution season is right around the corner. I’m not a huge fan of New Year’s resolutions in general — to me, most seem to reinforce the false and dangerous idea that we’re not good enough as we are, and that self-improvement is key to happiness — but I especially hate diet resolutions.

Why? Because, while healthy eating is definitely important, a good relationship with food and your body is important, too. Research on the short- and long-term effects of dieting shows that it can have some pretty damaging effects, and more experts than ever are encouraging clients to quit dieting and instead make peace with food and their bodies.

Ultimately, you’re the boss of your own body, and whether or not you choose to diet is totally up to you. But before you commit to revamping your eating habits in the New Year, here are some pretty compelling reasons to give up dieting for good. 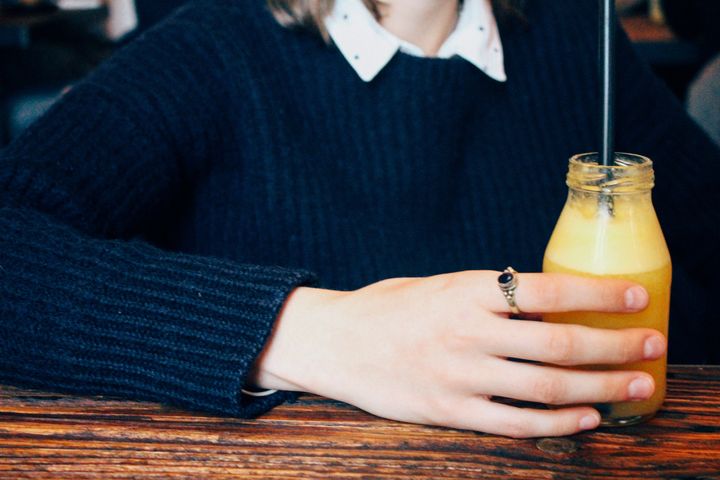 Most people lose weight at the beginning of a diet, but that doesn’t mean it stays off.

In the first few weeks of a diet — which can include calorie counting, elimination of a food or food group, following a strict meal plan, etc.— most people will lose weight. But research shows that dieting generally doesn’t lead to long-term weight loss. Many experts believe this happens thanks to a combination of mental and physical factors.

First, diets are really hard to stick to. “We have a body of research to suggest that dieting can lead to a preoccupation with food,” said Kathleen Meehan, a registered dietitian in Houston. Restricting food makes you want it more, which is why most people fall off the wagon in the first month or two of a diet.

Even if you can stick to your diet, your body will resist weight loss. “Our bodies view dieting as a form of starvation,” Meehan said. “As a survival mechanism, our metabolism slows, and hormones that regulate appetite and satisfaction change.”

2. Dieting disconnects you from what your body actually needs.

One big problem with dieting is that it teaches us to eat according to arbitrary food rules, instead of tuning into our own cravings and hunger signals.

“Diets undermine our own internal wisdom around food,” said Aaron Flores, a registered dietitian in Calabasas, California. “They say, ‘Do this, don’t do that. Eat this, not that. Your body is wrong and here’s what we can do to fix it.’ But when we reject diets and diet culture, we learn that our bodies have amazing internal wisdom. They can tell us how much to eat, when to stop and what foods make us feel most energized.”

If you’re looking to get more in touch with your own internal food cues, many experts recommend reading Intuitive Eating and using the book’s principles to stop dieting and start trusting your body instead by being mindful while you consume food. Working directly with an expert, like a dietitian or a nutritionist, can be really helpful, too.

3. Dieting makes you more likely to binge or overeat.

Have you ever started a diet with the best intentions and behaviors, only to find yourself sneaking handfuls of chips or bowls of ice cream a few weeks in? Turns out, binging is a super common side effect of dieting.

“Eventually your body catches on that it is deprived of food and reaches out for nutrition and energy in any way that it can,” said Amee Severson, a registered dietitian at Prosper Nutrition and Wellness in the Seattle area.

The fact that most binges involve sweet, starchy treats is no coincidence. “I often hear from clients that they feel addicted to carbs or sugar,” Severson said. “When we’re deprived of food, our bodies often reach for the quickest, surest form of energy: simple carbs, AKA sugar.”

What’s worse, this can lead to a vicious restrict-binge cycle. Severson said that because people have increased carb cravings, they often feel a need to consciously restrict carbs even more. Which ― you guessed it ― will most likely lead to another binge.

4. Dieting paints some foods as ‘good’ and others as ‘bad,’ which isn’t how it works. 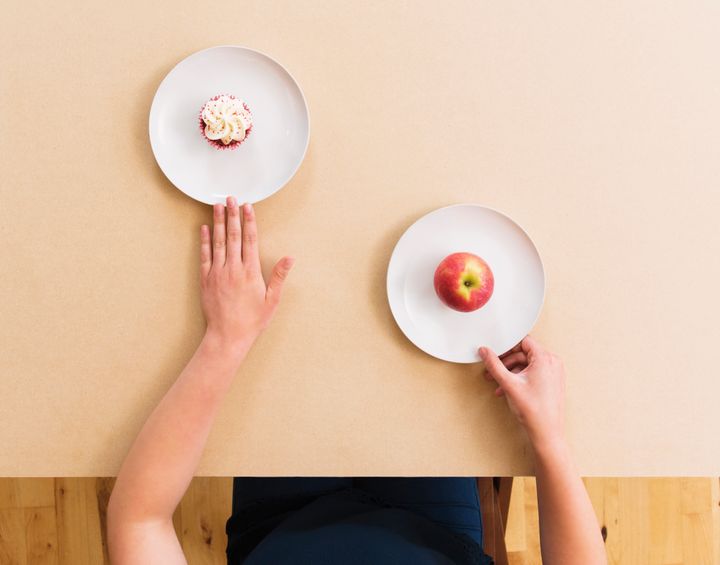 You can miss out on certain nutrients by eliminating foods a diet tells you are “bad.”

While it’s true that some foods are more nutrient-rich than others, the idea that there are “good” and “bad” foods is fraught. For starters, eating a wide variety of foods is associated with better health, so eliminating foods that a diet tells you are “bad” might mean missing out on certain nutrients.

Plus, these food labels lead to food guilt, which can really take a toll on your mental and emotional health. When you’re on a diet, “there is a lot of guilt and shame around eating the ‘wrong’ way,” Severson said. “That is so much more stress than anyone needs. We have so many sources of stress, why does it need to come from food as well?”

5. Since diets fail, dieting can make you feel like a failure.

Most people blame themselves when their diets fail, Severson said. They’ll fall off the diet wagon, gain weight and end up right back where they started. “It sucks because science shows us that this happens to a large percentage of the population,” she said.

Flores sees the same thing happen, and said that even if we’ve tried and failed several different diets, we’re likely to blame ourselves for each failing and vow to try again in the future.

6. Dieting increases your odds of developing an eating disorder.

“Food restriction increases our preoccupation with food and body dissatisfaction ― both risk factors for developing an eating disorder” according to the National Eating Disorder Association, Meehan said.

Dieting is a risk factor for eating disorders, according to the Mayo Clinic. “Starvation and weight loss may change the way the brain works in vulnerable individuals, which may perpetuate restrictive eating behaviors and make it difficult to return to normal eating habits,” the clinic states on its site.

7. Even if you don’t develop a full-blown eating disorder, dieting can lead to disordered habits. 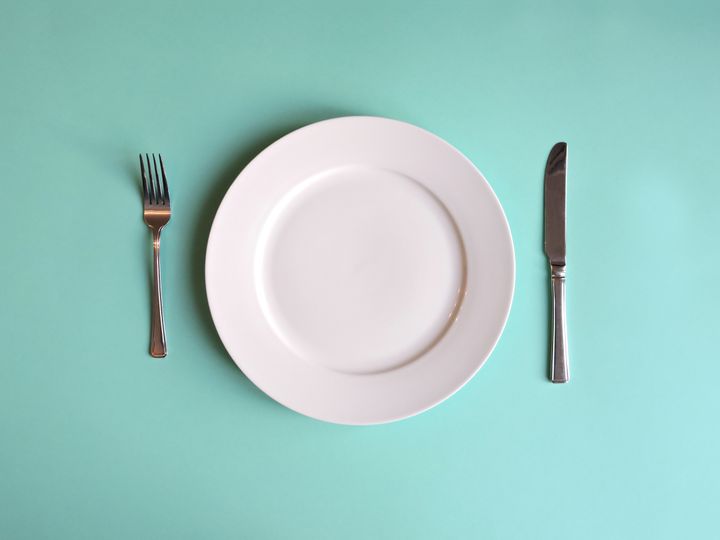 Dieting can lead to developing a fear or mistrust of foods.

Once you’re on a diet, it’s easy to slip into disordered behaviors like skipping out on social situations because you won’t be in control of the food, obsessively following diet rules or over-exercising to compensate for eating “too much.”

“As a dietitian, I often see clients who have developed a deep fear or mistrust of food after years of dieting,” said Cara Harbstreet, a registered dietitian at Street Smart Nutrition in Kansas City, Missouri. “This can range from fear of weight gain from certain foods, to self-diagnosed food sensitivities or intolerances.” Compulsive exercise is another common side-effect of dieting, she said.

All of these disordered behaviors “are generally traced back to a diet or weight loss attempt of some kind, in which the person learned a strategy or tip that impacted their relationship with food or their body image,” Harbstreet said.

8. Dieting reinforces weight stigma and the false idea that thinner is better.

The majority of people go on a diet in hopes of losing weight. The thing is, weight loss isn’t always a good thing, and isn’t necessarily a path to better health.

“The relationship between weight and health is very complex,” Meehan said. “Weight as a proxy for health is extremely problematic, as it often misclassifies people as unhealthy. We have research to show that being in a smaller body does not automatically indicate better health. Studies also show that weight loss does not automatically increase a person’s health and well-being.”

9. Healthy behaviors, not weight loss or diets, are likely what leads to better health.

Dieting and weight loss won’t necessarily make you healthier, but that doesn’t mean that improving your health is impossible. In fact, adopting healthier behaviors without dieting is a great idea.

“People of any size are able to engage in healthful behaviors and modify them to sustainably fit into their lives,” Harbstreet said.

These healthy behaviors can include things like exercising in a way that is enjoyable and energizing, not as a means to lose weight; eating foods that are delicious and make you feel good; cultivating close relationships and a strong community around you; and avoiding risky behaviors like drug or alcohol use.

10. There’s no such thing as the perfect diet anyway. 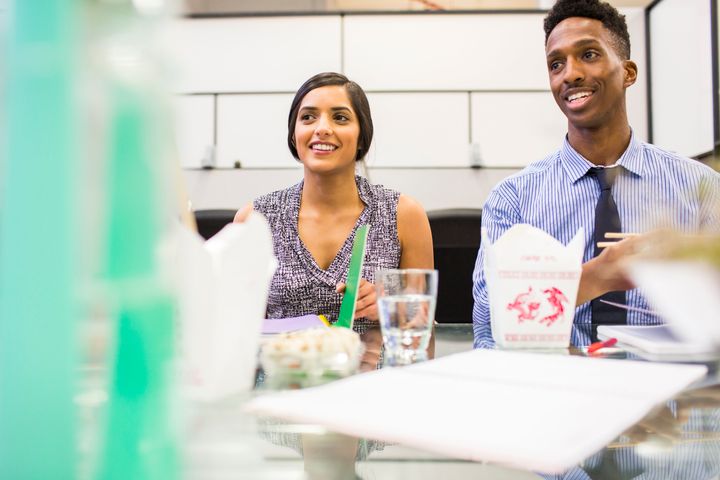 It’s key to learn to eat intuitively and trust your body to know what foods make you feel best.

“Each person has a way of eating that will suit them best,” Meehan said. “This is explored through individualized experimentation and personal experience.” In other words: We’re all different, so it’s kind of crazy to think that one way of eating will work for everyone.

Learning to eat intuitively, in whatever way works for you, is key to feeling your best, Severson said. When you stop dieting and start trusting your body, you learn so much about how different foods make you feel, physically and mentally.

11. When you finally quit dieting, you might gain a lot more confidence.

“Some good things are improved self-confidence and self-worth,” Severson said. With dieting comes the subtle message that once you reach a certain size or look a certain way, your life can finally start. Rejecting this idea means “you are more willing to live your life the way you want, now,” Severson said.

12. Your relationships may improve, too.

“Sometimes obsessing over weight loss and restrictive diets can lead to fractures in relationships because you lose time for other people,” Severson said. Think of all the time and energy that goes into dieting and imagine spending that energy on people you care about instead.

“Letting go of dieting opens opportunities to be fully present with friends and family, and make memories that don’t involve stressful or anxious thoughts around food or your body,” Harbstreet said.

Bottom line: Vow to stop treating your body like something that needs fixing. 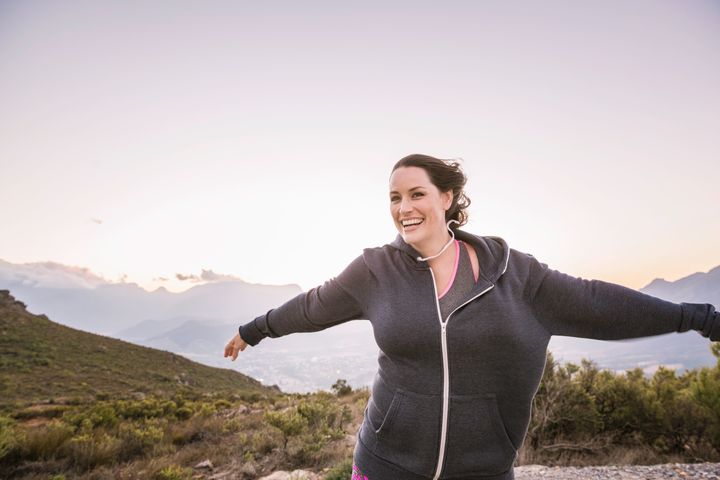 It’s better to vow to honor your body than to obsess over how to change it.

Your body is one of the only constants in your life, Flores said. You should try to maintain a healthy relationship with it by treating it with respect, rather than punishing yourself or restricting yourself.

“The funny thing is, when we get out of our heads and stop obsessing so much around food and what to eat, we actually do more positive things for our body because we are making decisions based on respect, compassion and non-judgment, instead of fear and shame,” Flores said.

If you’re struggling with an eating disorder, call the National Eating Disorder Association hotline at 1-800-931-2237.