Instagram is one step closer to becoming a good place, thanks in part to outspoken body positivity activist Jameela Jamil.

The actor and Kardashian slayer has used social media as a tool for calling out the common practice of influencers and celebrities pushing unhealthy products like appetite suppressant lollipops and “flat tummy detox teas.” In February, Jamil used her platform to push a petition asking celebrities to stop those promotions, which racked up almost 250,000 signatures.

Now she’s working with social media to address the problem. On Wednesday, Instagram announced that posts promoting weight loss products or cosmetic procedures with a price tag or incentive to buy will be blocked from the accounts of users under age 18. In addition, it will remove these kinds of promotional posts in which the poster makes a “miraculous claim” about weight loss as the result of using the product.

In an interview with Elle UK, Jamil celebrated Instagram’s decision and revealed that she has been working on the guidelines with the platform for months. She also articulated why action was ― and continues to be ― so necessary.

“We have hyper-normalised flogging nonsense to young impressionable people,” she told Elle UK. “These people are selling hair growth gummies but wearing extensions or photoshopping themselves to look slimmer and selling a weight loss shake. There are so many lies being told and we’ve accepted that as a cultural norm.” 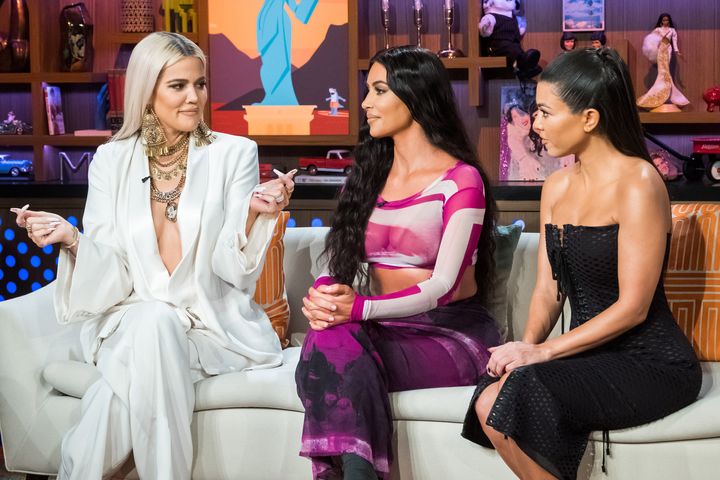 The Kardashians are well-known for peddling weight loss products, like appetite suppressant lollipops, on their Instagram accounts.

It’s no secret that the imagery people are exposed to can deeply impact self-esteem, both on a conscious and subconscious level. Too often the companies (and sometimes the celebrities) that shill these products appear to have little regard for the impact they’re having or the harmful way they’re being promoted.

Back in March, Australia-based brand SkinnyMe Tea came under fire for using a photo of an eating disorder survivor to promote its product. The Kardashians have been criticized for promoting appetite suppressant lollipops, detox teas and more unhealthy products masked as “wellness” tools.

An option to allow Instagram users to report posts that violate the new guidelines will roll out in the coming weeks, according to Elle UK. Instagram did not immediately return HuffPost’s request for comment.

Props to the social media platform for taking steps to improve its users’ mental health. It’s hard to imagine our appearance-obsessed culture will ever truly be free from the pressure of twisted beauty ideals, but getting them off our timelines is a start.