When Cheez Whiz first appeared on grocery store shelves in the early 1950s, it was praised for its long shelf life, convenience and versatility. But over the years, the very characteristics that once made the Kraft cheese product popular have given it a reputation as a premiere American junk food.

But now, a small community of fitness influencers is trying to redeem Cheez Whiz, touting it for containing high levels of a certain fatty acid that can potentially aid weight loss and fitness, and maybe even fight cancer.

This ingredient is called CLA, or conjugated linoleic acid, which naturally occurs in meat and dairy products and has been shown to help burn fat and build muscle. Cheez Whiz’s high levels of CLA have earned the product a spot on lists of “healthy junk foods.” Even The Washington Post called CLA a “food for fending off cancer” back in 1989. But is it actually good for us?

What is CLA, anyway?

CLA is an important nutrient that most people consume in regular diets of meat and diary. Research is still ongoing to identify its true benefits, but CLA weight-loss supplements have become more popular as word has gotten out that it can help people meet fitness goals.

So, um, should we all be eating more Cheez Whiz?

A spokesperson for Kraft Heinz, owner of Cheez Whiz, declined to comment on the product’s CLA levels. But health experts say just because the product is high in CLA doesn’t mean Cheez Whiz should be considered healthy.

“Most studies recommend about 3 grams of CLA daily to achieve even a modest fat loss. Average adult CLA intake is around 0.2 grams a day from dietary sources.”

“I will never promote the intake of Cheez Whiz,” said Dusty Marie Narducci, assistant professor at the University of South Florida Morsani College of Medicine who also is a family medicine and primary care sports medicine clinician and USF athletic team physician. “The other ingredients of Cheez Whiz will most likely counteract any health benefits potentially associated with the high level of CLA.”

CLAs are polyunsaturated fatty acids and feature several different isomers, or compounds of the formula, but with a different molecular arrangement and properties.

Technically considered trans fatty acids, CLA isn’t classified as a trans fat by the U.S. Food and Drug Administration. It was designated as “Generally Regarded as Safe” by the FDA in 2008, exempting it from being listed as a trans fat on nutritional labels, according to a report published in the journal Nutrients.

OK, so no Cheez Whiz. Then what’s the healthiest way to consume CLA?

The best food sources of CLA are beef and full-fat dairy, where it is found naturally, Narducci said. Smaller concentrations are in most meat, fish and other dairy, and CLA can be produced synthetically from linoleic acid-rich oils, like safflower, sunflower, corn and soybean oils, a likely source of the CLA in Cheez Whiz.

CLA supplements, often marketed as weight-loss or muscle-building aids, are another source. But, despite numerous studies, CLA’s effectiveness in these areas shows mixed results. 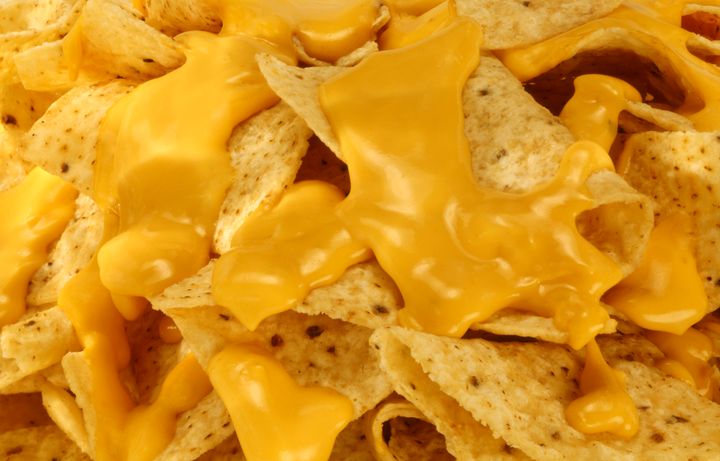 Eating too much CLA, which could come in the form of Cheez Whiz, could cause fatigue and gastrointestinal issues.

“Much of the hype came from the results of animal studies that demonstrated things like lower food intake and less production of fat,” said Ali Webster, registered dietician and nutrition communications associate director at the International Food Information Council Foundation, a nonprofit partially funded by food companies. “But, these results haven’t been consistently replicated in humans.”

Some studies, Webster said, have shown CLA supplements to have negative effects on glucose metabolism, HDL (good) cholesterol levels and inflammation, while others have suggested positive effects, like fat and body weight loss, LDL (bad) cholesterol reduction and anti-inflammatory effects.

Most studies recommend about 3 grams of CLA daily to “achieve even a modest fat loss,” Narducci said, adding that it would be tough to get that much from a normal diet. Average adult CLA intake is around 0.2 grams a day from dietary sources.

There are some negative side effects from overdoing it on CLA.

Too much CLA could cause fatigue and gastrointestinal issues. People with diabetes or heart disease, or people on blood-thinning medication, should not take CLA supplements, Narducci said.

CLA supplements may also contain additives that users should be aware of, though the risk is low, said Stephan Esser, a Jacksonville, Florida-based sports and spine physician, and team physician at the University of North Florida.

Most sports medicine doctors do not recommend CLA supplements as a “primary intervention,” Esser said, since “the health benefits of CLA are not definitively proven in the scientific literature.”

When it comes to weight loss and fitness, Esser said, “Many people are looking for a miracle cure. Although CLA can help mildly accelerate weight loss compared to placebo ― along the lines of 0.2 pounds per week or 3 pounds total more than placebo ― no supplement can make up for a healthy lifestyle or be as powerful as excellent nutrition and daily exercise to achieve weight loss goals.”

Here’s how a healthy dose of CLA could change your body composition.

Experts attribute the mixed science on CLA’s effectiveness to the fact that many studies have been animal-focused, and the results may not necessarily apply to humans, Webster said.

“Even though significant benefits haven’t been consistently demonstrated in humans, the benefits seen in animal studies continue to be generalized to people,” she said. “This is misleading and potentially harmful.”

Research into CLA for weight loss has revealed that it may boost skeletal muscle oxidation, or help burn fat and energy. Some CLA isomers could increase lipolysis, or fat breakdown, and it may also contribute to changing gene expression or control, enabling body fat reduction. CLA may also help reduce abdominal obesity through increased energy expenditure, and help replenish energy, or “glycogen re-synthesis,” after exercise, Narducci said.

It may also fight cancer, but take that with a grain of salt.

Along with its weight-loss and fitness potential, researchers are also looking into CLA’s effectiveness in fighting cancer. Studies show it can reduce tumor proliferation in certain cancer cells and may lower the risk of breast cancer and other cancers.

However, these studies have focused on animals, not humans.

“It has been hypothesized that CLA changes fatty acid metabolism, which in turn may influence the behavior of cancer cells,” said Gary E. Deng, medical director of the Integrative Medicine Services at Memorial Sloan Kettering Cancer Center.

Deng said he doesn’t recommend CLA supplements for cancer patients “until there are good human studies; we don’t know the net benefit or harm of consuming additional CLA (to treat cancer).”

Like Webster, Deng emphasized that in CLA research, conclusions are often incorrectly attributed to real-life situations.

Medical experts say more research on CLA is needed to truly understand its benefits in weight loss or as a cancer treatment. Until then, they say healthy diets and exercise are the best medicine.

For optimal health, “Diet, diet, diet and exercise is key,” she added. And that diet should include naturally CLA-rich foods ― and probably not Cheez Whiz.