In the fitting room of a Limited Too in Miami, I told my mother, You’re hurting me. She was sausaging my body into an American flag T-shirt in the largest size they sold.

In the third grade, I’d pore over their catalog for hours, longing not only for the bohemian-chic bandana halter tops but for the body that would allow me to wear them. The T-shirt was for a patriotic school event, red, white and blue temporarily replacing our khaki-based uniforms. I ended up wearing something else.

After spending my entire childhood inside an obese body, I finally lost 80 pounds in my early 20s, having thought I’d already tried everything. I’d said as much to my boyfriend at the time, who would frequently remark on the attractiveness of other, thinner women. He assured me that it was all just thermodynamics, that I could lose the weight if I “really wanted to.” In a passive-aggressive quest to prove him wrong, I started starving myself outright. (Did I mention how healthy this relationship was?)

As the pounds came off, I had to admit he was right ― but given my new body, I still won. Or at least, so I thought at the time.

In many ways, my weight loss changed my life for the better. My elevated blood pressure and resting heart rate dropped to normal, and later athletic, levels; I discovered passions for hiking steep trails and lifting heavy weights.

But now that I’ve had this “new” body for half a decade, I have more insight into the not-so-intuitive ― and not-so-nice ― consequences of significant weight loss.

Weight loss is difficult to do, but simple to conceive: consume less than you burn. On a living-life level, of course, the effort required is monumental, and it can have lasting effects on the psyche. 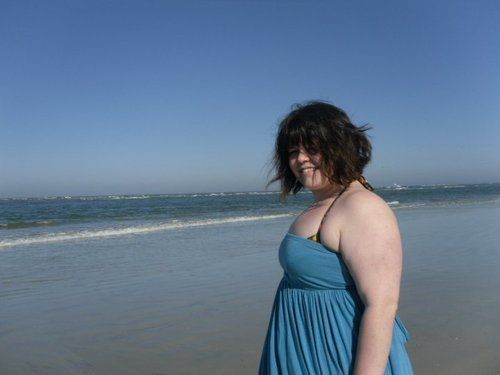 
Walking on the beach in Saint Augustine, Florida, in 2008 or 2009. One of the happiest days I can remember, 220-ish pounds notwithstanding.

In the Netflix Original ”To the Bone,” anorexia patient Lily Collins is accused of having “calorie Asperger’s.” Although I could never be mistaken for an anorexic, I can relate. Food doesn’t look like food anymore so much as it does a sets of numbers: calories, grams of carbohydrate, minutes of cardio. I still track every single thing I eat, down to sticks of gum or sips of seltzer; I spend up to two hours in the gym on a nigh-daily basis. I follow strict and somewhat arbitrary food rules and indulge in massive, late-night binges. Although I only overeat foods in my “safe” categories, I might still consume 2,000 calories in a sitting, knocking back half a pound of almonds or a whole box of protein bars. Then I’ll turn around the next morning and crank the elliptical as high as it goes, trying try to burn it right back off again.

If that sounds to you like an eating disorder … yeah, probably. While I don’t have an official diagnosis, I do have a go-to half-joke that on a scale from one to exercise bulimia, I’m sitting at about a three. And what’s worse, part of the reason I haven’t been diagnosed is that the thought of seeking treatment is scarier than continuing to live like this. I like my disordered eating. I like the control I feel like it gives me, even though it’s so obviously out of my control.

The problem is, it feels like power: the man who leans out of his truck window to say, Ma’am, you’re absolutely beautiful ― just in case no one’s told you today. The man who drops to his knees before me on the sidewalk, hands aloft as in prayer. The man who eyes my crossed legs in the coffee shop and asks if I’m a dancer. And the tangible perks, too: the man who smiles shyly at me from behind glass, finding me a free ticket even though the show’s sold out. All those speeding violations reduced to warnings.

I’d come to this after having been told, in no uncertain terms, I was repulsive. I was the kind of girl boys dared each other to kiss in high school because the concept was that hilarious. And when they did, my heart leapt, starved as it was for attention. To see life from the other side is dizzying, unthinkable. The whole world lays itself at the feet of beautiful women, I wrote in my journal, still not convinced I owned the adjective.

The problem is, you don’t figure out until much too late why you so longed for that attention ― the cultural reality that a woman’s worth is tied largely to her physical appearance. And the problem is, in a culture that proves you’re worth only the commodification of your body, you’ll do absolutely anything to keep the validated version. 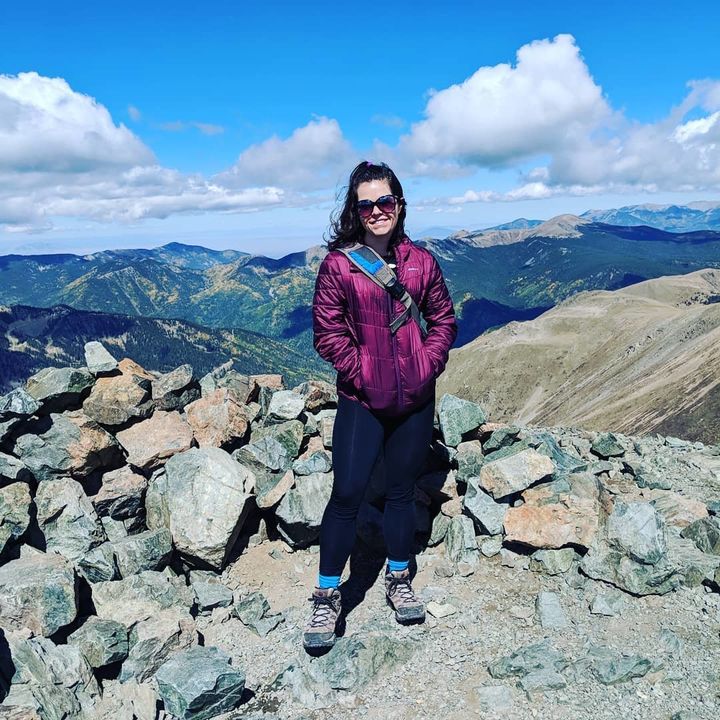 
Photo after hiking up Mount Wheeler, the tallest in the state of New Mexico, in the fall of 2018.

The fear of my apparent beauty ― more accurately, the fear of losing it ― holds me inside a cage, a calorie-counting, Stairmaster-stepping life that’s nothing like what I’d imagined. I remember watching the pretty, thin girls in high school, how they’d miraculously eat lunches of pizza and French fries with no apparent consequences. Their lives, I thought, must be one long party: a stream of flirtations and consummations punctuated by guilt-free culinary indulgences.

But once my body approximated theirs, my enslavement to my newfound, ever-precarious thinness kept me from that seemingly-carefree lifestyle. Alcohol has too many calories; my insane morning gym sessions mean I’m much too tired for nightlife ― and besides, I’m an introvert with an addictive personality. So I’ll sit at home most evenings, reading a book or filling in crosswords, feeling my beauty like a dwindling resource, a lamp whose slowly-fading light I’m wasting.

Perhaps the most surprising part of significant weight loss: I’ve done all the work, put in all the effort, and still, I struggle ― I still, despite my efforts to the contrary, spend more time hating my body than loving it.

I’ll poke and prod my face in the mirror, pinching the flesh off my chin, checking to see if my beauty is still intact ― if it ever was in the first place. I’ve spent all of the past five years convinced and terrified that I’m just on the cusp of regaining it all; I’ll scroll through my backlog of anxious mirror selfies and see, no, I’ve been pretty much the same size the whole time. I still think everyone thinks I’m fat when they first meet me.

A loss of 80 pounds means things aren’t exactly where they’re supposed be. Though I fit in a once-insane-sounding Size 4, I look nothing like the Victoria’s Secret models whose photos I used to clip for “thinspiration.” The fat I have left pools in sags of excess skin: thighs that will rub no matter how many lunges I do, a swath of baggy belly.

In some ways, it’s a simple case of moving goalposts. When I first lost the weight, carving a new self out of a much larger person, these imperfections were rendered inconsequential by comparison. Today, they’re devastating, insurmountable ― so much so that I may even hate my body more now than I did when I was obese. I’m certainly more afraid of taking my clothes off. At least at 215, my suitors then knew what they were in for.

(I know, too, that I’m overthinking it, that I’m more dysmorphic than deformed. What I really want: to see my body as something more than the externalization of my triumph or my failure.)

When I was in college, I had a crush on a boy who didn’t even know my name, despite the fact that we shared multiple classes. After the first 40 pounds came off, he was suddenly chasing me ― and years later, he still sends me Christmas presents and flirtatious texts. One of these, sent after a visit in which I’d rejected his physical advances, stuck with me.

“You’re a beautiful and brilliant woman,” he wrote, “and I feel so grateful to be as close to you as I am.”

OK, I wanted to respond. But “brilliant” didn’t matter until the “beautiful” part.

And that’s what no one says (but everyone knows) about weight loss: it does matter. It matters so much. That’s why my mother struggled with me in that fitting room, trying to physically press me into something more suitable; why the boys who once ignored me now go out of their way to smile, to whistle, to tell me their names.

Appearance does matter. To tell ourselves otherwise is a sham. The best we can do is to try to change it, to choose body positivity, to look in the mirror and actively decide to love ourselves ― and others ― exactly as we are.

Do you have a compelling personal story you’d like to see published on HuffPost? Find out what we’re looking for here and send us a pitch!

If you’re struggling with an eating disorder, call the National Eating Disorder Association hotline at 1-800-931-2237.