In the weeks since my HuffPost Highline feature on fat-shaming came out, I’ve been inundated with readers’ stories of how weight stigma affects their daily lives.

One reader told me he rarely gets overtly bullied by strangers, but their unsolicited diet advice feels even worse. Another said she leaves the room when her colleagues start talking about their new diets, because it’s only a matter of time before a woman smaller than her describes herself as “huge.” These stories of interpersonal discomfort permeate workplace and social settings, and can have serious, even deadly consequences. In perhaps the most alarming story to hit my inbox, a reader said her doctor refused to give her an MRI after she complained of chest pains, telling her to lose weight instead. Years later, when she finally talked him into giving her the test, he found a 12-pound tumor in her chest that required surgery to remove.

These personal stories, in aggregate, match a growing body of research showing that fat stigma is severe, pervasive ― and utterly overlooked by America’s public health institutions.

In an effort to circle back to some of the findings I didn’t get to include in the article, I asked Patrick Corrigan, editor of the journal Stigma and Health and author of The Stigma Effect, to help explain them. Corrigan has been working on discrimination-related issues for more than 20 years and has developed a program, “Honest, Open, Proud,” that helps members of minority groups resist and cope with stigma. He told me what’s unique about fat-shaming compared to other forms of discrimination, when to confront it and why everything we’re doing to fight it isn’t working.

How do fat people differ from other minorities as far as stigma is concerned?

What’s interesting about fat people is that they’re a little bit of both. People see you and make judgments, but you also have to disclose your wants and needs and your individuality. What you’re demanding is equality and the recognition that bigotry is interfering with that.

As a gay guy, it sounds to me like you’re talking about a form of coming out, that moment when you choose between “I’m gonna bring this up now” and “I’ll let this one slide.” Why is it good for people to tell others what they need?

The first reason is that keeping secrets is terrible for you. We know this from the gay community and from people with mental illness. Even people who get negative reactions ​after they choose to come out ​report they they’re glad they disclosed in the long term.

For fat people, of course looks different. There may be practical things they’re afraid to bring up, like the ways a joke is hurting them or a physical space that’s not designed for them. Or maybe they’re just tired of tiptoeing around their weight all the time and want to talk about it openly.

Another reason for disclosure is that, at the broader level, it helps reduce societal discrimination. We know that weight stigma is pervasive, and anything you can do to talk about it with your family or friends can help turn that tide. The more people who do that, the better. 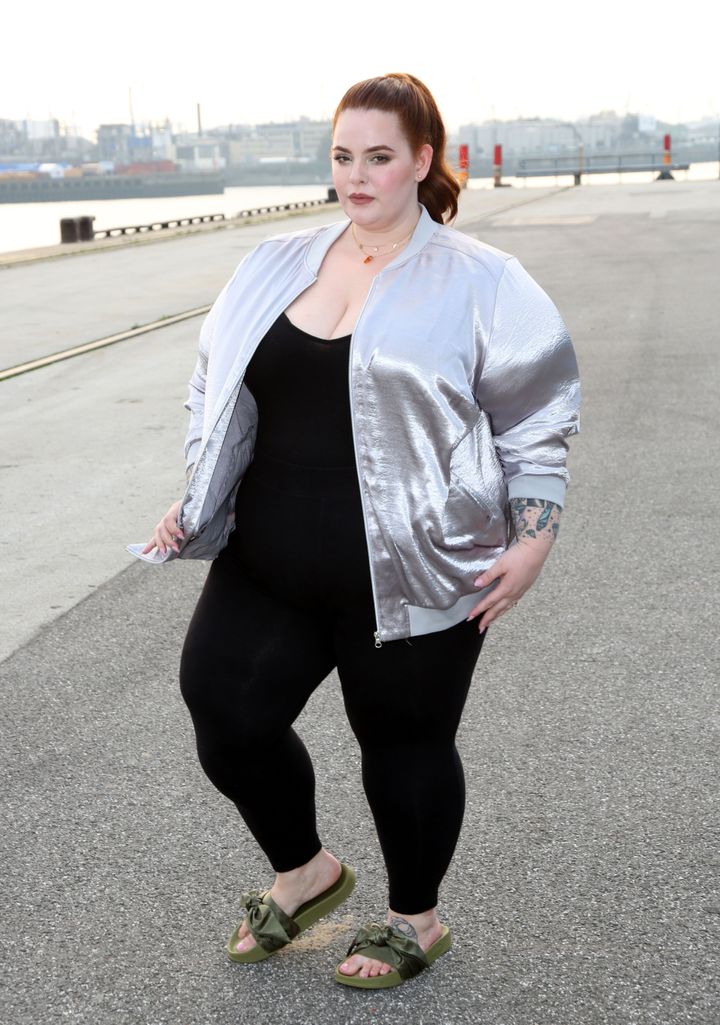 
Plus-size model Tess Holliday, seen here in 2017, is an advocate against fat-shaming.

One thing I can’t get over is that weight stigma appears to be getting worse, even as more people can be defined as fat.

The real significance of the term “minority” isn’t about numbers, it’s about power. Another huge group that still faces discrimination is women. Depending on how you count, they’re about 52 percent of the population. Or older Americans ― we’re all going to end up there, and yet the elderly are discarded in our society. So to me, a “minority” isn’t what we think of statistically. It’s just a group that’s seen as different or outside of the norm, and we’re trained to think that’s bad.

One of most stressful things about stigma, it seems to me, is the ambiguity. Was that waiter rude to me because I’m fat? Or is he rude to all his customers? You go back and forth being angry and then asking if you have a right to be angry. What do you tell people trying to figure out if what they’re experiencing is actually stigma?

Nobody gets it right 100 percent of the time. A huge component of resisting stigma is replacing the feeling of being unempowered with a feeling of being empowered. Prejudice and discrimination rob you of opportunities. Employers take away jobs, landlords won’t give you a place to live, health care providers don’t offer appropriate standards of care. When you push back against that, when you speak for yourself, you’re taking some of that power back. Standing up won’t solve the stigma in that interaction, but it gives you a sense of control.

That’s why it’s important to find communities where you can talk about these experiences. You have to give yourself permission to get it wrong once in a while. A community is where you can have these debates without anyone questioning your right to them. It’s hard work to constantly be explaining basic fundamental issues to people.

What do we know about when people should confront discrimination when it’s happening?

I used to be against confrontation. The idea was, if you’re a minority and you start pushing back against discrimination, you’re going to entrench those discriminatory beliefs. But based on research we’ve seen in the African-American community, we’ve learned that confrontation that’s empathic and educational really can change stigma.

The other interesting thing we’ve found is that, for example, if a white bystander sees someone say “All black people are lazy,” and he jumps in to say “No they’re not,” he has a much bigger impact on a white person than the black person does.

That sounds like an argument for allyship, that thin people should start standing up for fat people a lot more.

It’s one of the many reasons for allies: You’re limiting the number of spaces where someone can say derogatory things. 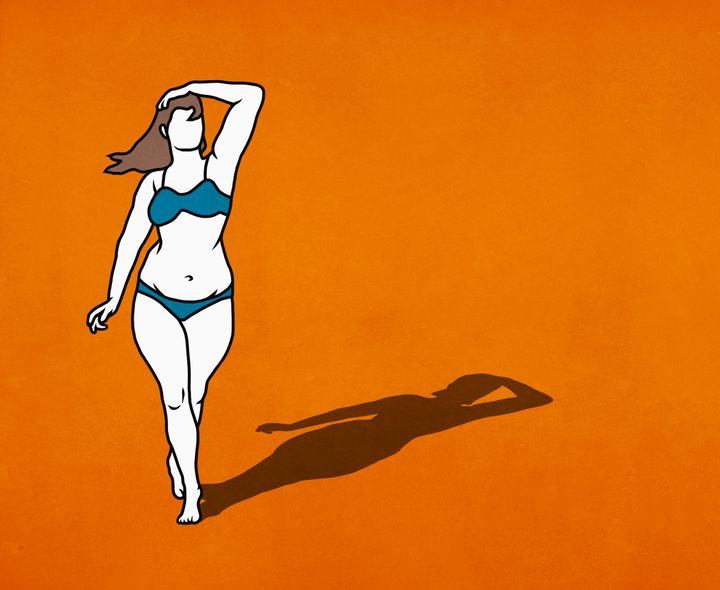 
Positive depictions of even moderately plus-sized bodies are rare in stock photo databases and wire services (it took us over an hour to find this one), giving news organizations few options other than using stigmatizing images.

What else do we know about reducing stigma at the societal level?

We know the most about what doesn’t work. Education is ineffective, for example. Explaining to people all the genetic and hormonal contributors to obesity doesn’t change their attitudes.

We also know word games don’t work. In Asia, they’ve tried renaming schizophrenia to reduce the stigma, and it’s had no impact on the public. People say, “I don’t care what you call it, they’re all just nuts.” Those debates also lead to word policing. You call it one thing and I call it another thing, and now we’re arguing about the vocabulary, but we’re not dealing with any of the underlying assumptions and finding out where we truly agree or disagree. It’s a huge waste of time.

If efforts at the institutional level don’t work, do we have to do this individually?

The way we reduce stigma is interacting as peers​ with lived experience. The more interactive, the better. Meeting someone who doesn’t fit the stereotype and getting to know them well is crucial. I need to be close enough to a fat person to know that they play piano or go hiking or are grumpy on Mondays or whatever else I can add to that one characteristic. Media representation can help with this, but it’s the personal relationships that matter.

For fat people, this is harder because we have this whole zeitgeist around thinness and health. We have growing positive media representations, but they’re drowned out by the negative representation that being thin is imperative and that any of us, if we’re weak enough, could become a fat person. That’s one of those fears that has to be confronted person-to-person.

Which, of course, is even more work for fat people.

One of the tragedies of stigma is that it’s always the people most victimized by it who have to do the work of solving it. Even though it was never their problem to begin with.